After a week of urban exploring in Perth and Fremantle, we did some trips out of the cities to see some of WA’s landscape. Since Jahnvi and Christian had to work, we rented a car with Ravi and Angela and drove up north to Jurian Bay.

It was the schoolies and the only reservable campsites were in poxy caravan parks, so Jurian Bay Caravan Park it was. This place was majorly bogan, but kind of fun as an anthropological study. I guess Aussies go camping for like 3 weeks over the schoolies, so we had ample opportunity to see native bogans in their natural habitat. 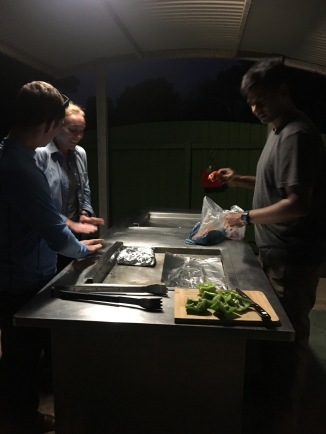 This was some sad bogan caravan camp cooking…. 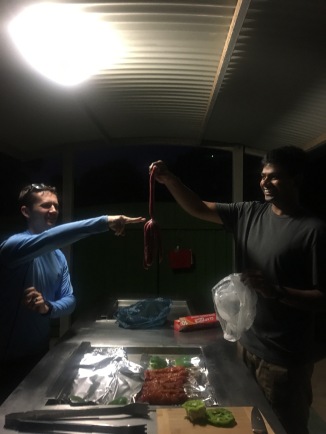 Despite the bogan-ness, some of the scenery around Jurian bay was pretty spectacular. Each day we drove around the coast and found secluded little bays for lunch. We visited Mount Leseur and ‘hiked’ the ‘mountain’, which was really just a suggestion of a hill but that was fine with me. We also went to a place called The Pinnacles formation in Nambung National Park, a striking geological formation that wasn’t discovered until the 1950s. The park guide material say that no one knows how they were formed, but we all thought it seems pretty obvious that they were fossilized tree trunks. Mystery solved. 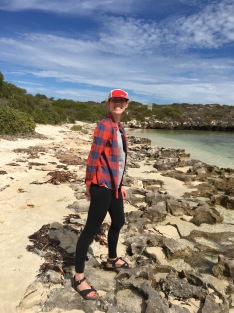 Aw, look how cute we are on our outdoor adventures!

The view near Mt. Lesueur. 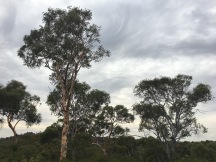 Pretty trees; we think they might be Jarrah trees.

Oh, and I got my first ever bee sting…

More than two days camping would make me chuck a serious tantie, so we headed back to Perth to checkout Rottnest Island. This unappealing name is actually derived from ‘rats nest’, which is frankly a little worse. The island is one of the last native habitats of a tiny, rat-like marsupial called quokkas. They’re kind of cute, but kind of scary. 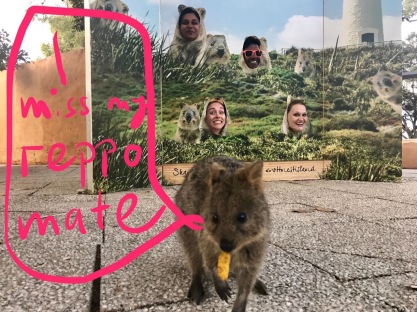 This is the perfect photo.

A quokka in the wild. Not a very fierce little bugger.

Rottnest island is about 25 km off the coast, and it was the perfect day trip. We rented bikes and tooled around the 25 km of trails. There are dozens of hidden coves along the coast, so you can just pull over and have a moment when you see a good place. We checked out a place called Mary’s Bay, and it was such a hidden gem. Jahnvi was attacked by a lizard and we were all pretty harassed by some hideous blowies, but somehow the place was still magical. I really can’t think of many other beaches that I’ve been to that are better.

After all of the nature adventures, we regrouped and headed south to Margaret River for Easter weekend. The beaches and the vineyards were spectacular and completely uncrowded (though Aussies seem to think 2 people on a beach is crowded). Jahnvi and Christian knew of all of the lovely spots to take us, and we ate phenomenally well.  I’d definitely give the J&C tour 5/5 on TripAdvisor. We wrapped up our stay in Margaret River with a fab lunch at Vasse Felix, the first winery in Margaret River and definitely one of the best.

A redemptive game of Connect 4. I won this time…. 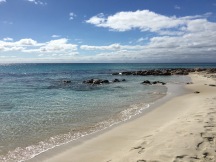 The coast near Bunker Bay in Margaret River

One of the vineyards in Margaret River.

We did a wine tasting tour for the day.

Jeff and I cowering from the sun.

I made sure we had a proper Utah Easter meal- funeral potatoes and all.

After such a lovely 2 weeks in Perth, I kind of felt like we lived there. We didn’t want to leave the good friends, good food, and good climate!!! Until the next time, WA…