After Russia, we broke through the Iron Wall (briefly) and made it back to the western world as we know it – Berlin. Normal food!!! Normal currency!!! Normal social conventions!!! It’s good to do easy things for a while.

Jeff and I visited Berlin in 2009 and we were excited to revisit the city. As an added bonus, Jeff and I were excited to be joined by the Sherlock clan for the Berlin-Prague-Budapest segment of our trip. When you spend every waking minute with one other person you exhaust conversation materials, and evidently rich conversational topics like ‘that new font I’m trying out on my Kindle’ were falling flat with Jeff… We hadn’t had travel companions since Sri Lanka, and after 5 months on the road we were ready to be with some linguistically compatible humans. It was great to see familiar faces from home and have a completely captive audience for our travel tales. (sidebar: the new font is working out great; it’s Palatino.) 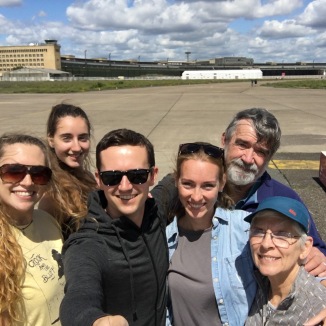 The whole Sherlock clan at the defunct Tempelhof Airport in Berlin.

When Robert puts on sunglasses he becomes The Most Interesting Man in the World. “I don’t alway drink Diet Coke, but when I do I drink it out of a comically tiny glass.” (actually, both of these statements are abject lies.)

Lots and lots of Diet Coke.

Jeff and I arrived to Berlin before the Sherlock clan so we could prep for their arrival. We bought Diet Coke. 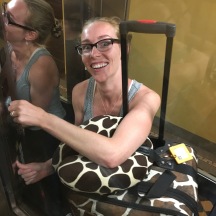 Our Airbnb had a tiny glass elevator big enough for an operator (i.e. me) and several suitcases if you Tetris it well. This was elevator round 3 of 5.

We spent our time digging into the fabulous museums in Berlin – some we’d visited before and some that were new to us. The first stop on our museum exploration was my all time favorite museum – the Pergamon Museum on Berlin’s Museum Island. The Pergamon Museum is home to the beautiful Gates of Ishtar – which were built in 575 AD and surrounded the city of Babylon in what is modern day Iraq. The gates were even more beautiful than I remember, and the museum has dedicated a special committee to preserving works from Syria. They are not displayed, but the Pergamon has a collection of funerary busts from the recently destroyed Roman city in Palmyra, Syria. I hope we get to see these next time we visit! 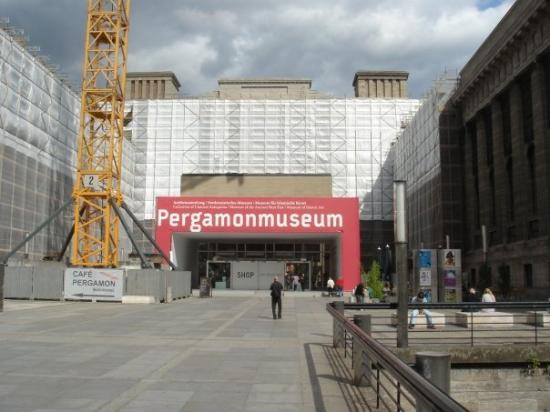 The entrance to the Pergamon Museum.

Painted wall panels from a merchant’s home in Aleppo.

A view of Museum Island from the river Spree. 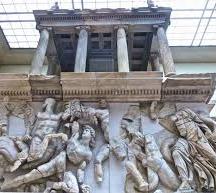 A frieze from the front of a Roman era market. 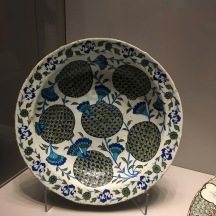 The Pergamon has so much pottery from Uzbekistan!!!

Jeff and I with the Gates of Ishtar. I’ve named the two lions behind us Kip and Kevin. 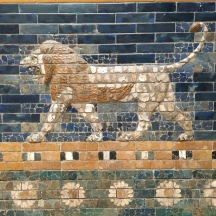 This is Kevin… so cute. 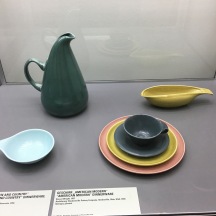 Fabulous Bauhaus potter at the Berlin Museum of Applied Arts.

I love this pottery so much…

They had some great furniture too.

In addition to the antiquities museums on Museum Island, we visited the Topography of Terror exhibit – an exhaustive documentation center for life in Berlin during the Nazi regime – and the super fun DDR Museum – a lighthearted look at everyday life behind the Iron Curtain. My favorite exhibit at the DDR Museum examined communal toilet training for kindergarteners in East Germany. Evidently, this was a thing, and kids were made to tinkle (or poop, presumably) in a giant trough with all their classmates. You weren’t done until everybody was done. The idea was to… instill a sense of community? Sadly, for reasons that weren’t entirely explored communal potty training fell out of fashion…

After a week of museum-ing in Berlin, we took a train south to Prague, Czechia. (Yes, that really is what Czech Republic is going by these days.)  We’d been to Prague a few years back on a long layover, but I’d forgotten what a touristy city it is. Man, is it touristy. The old town is adorable and extremely well preserved (thus the tourists) but it was a shock to our systems to be on the ‘Americans-in-Europe’ circuit. In fact, our time in Prague sent Jeff and I into a panic about our planned destinations in heavily touristified European destinations (like Hrvatska). We made a rash (and probably regrettable) decision to cancel our time luxuriating on the Croatian coast for more, shall we say, authentic experiences. Stay tuned for more on that.

Fighting through the crowds, we did manage to see quite a few gems in Prague. The highlight for the Sherlock contingent was the Prague Jewish Museum, which isn’t a museum (as I found out after many, many lines of questioning) but a collection of sites in the old Jewish Quarter. The capstone of the Jewish museum is the medieval Old-New Synagogue, which was built in 1270 and according to legend is the final resting place of the mythical Golem of Prague. I won’t deep dive here… just read the Wikipedia article on the Golem of Prague.

Near the Old-New Synagogue is the Prague’s oldest Jewish cemetery, which houses over 12,000 tombstones and many, many more tombs. The cemetery was active from 1439 to 1787, and it one of the most visually arresting cemeteries I’ve ever seen. Over the 300+ years that the cemetery was active, new tombstones were simply placed in front of old stones and the grave plots were reused, resulting in a spooky layering of tombstones that is really stunning.

The adorable Charles Bridge in Prague. 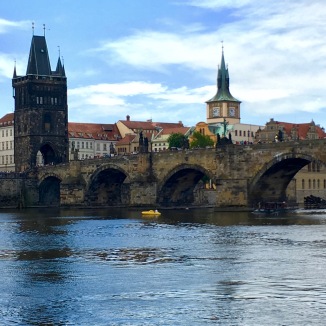 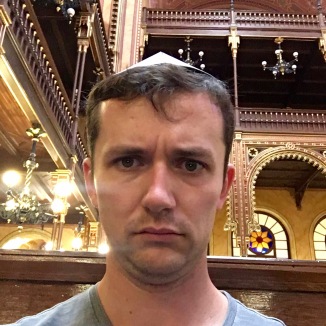 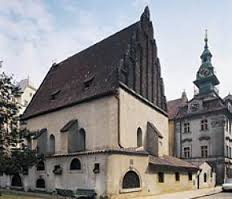 The Old-New Synagogue in Prague. 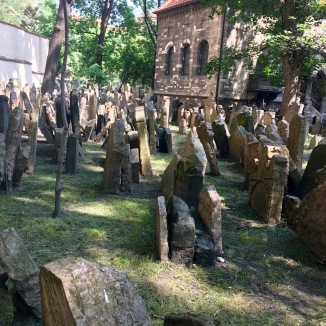 The Jewish cemetery in Prague. 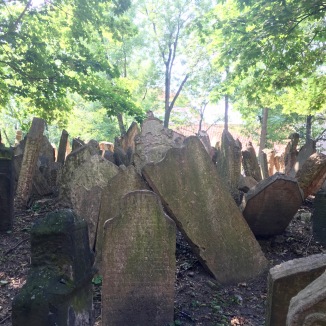 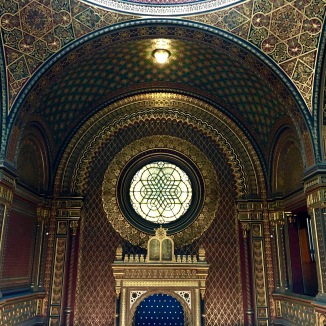 In addition to Jew-y stuff, we did an afternoon cruise on the Vltava river and spent some time exploring the city on foot. Jeff and I checked out the new hipstery ‘gentrifying’ neighborhood of Vršovice, and it was nice to get a taste of the city in neighborhoods that real people actually live in.

From Prague we took the train south into Hungary for our final destination with the Sherlock clan – Budapest.